This Week in WordPress #141

This Week in WordPress #141 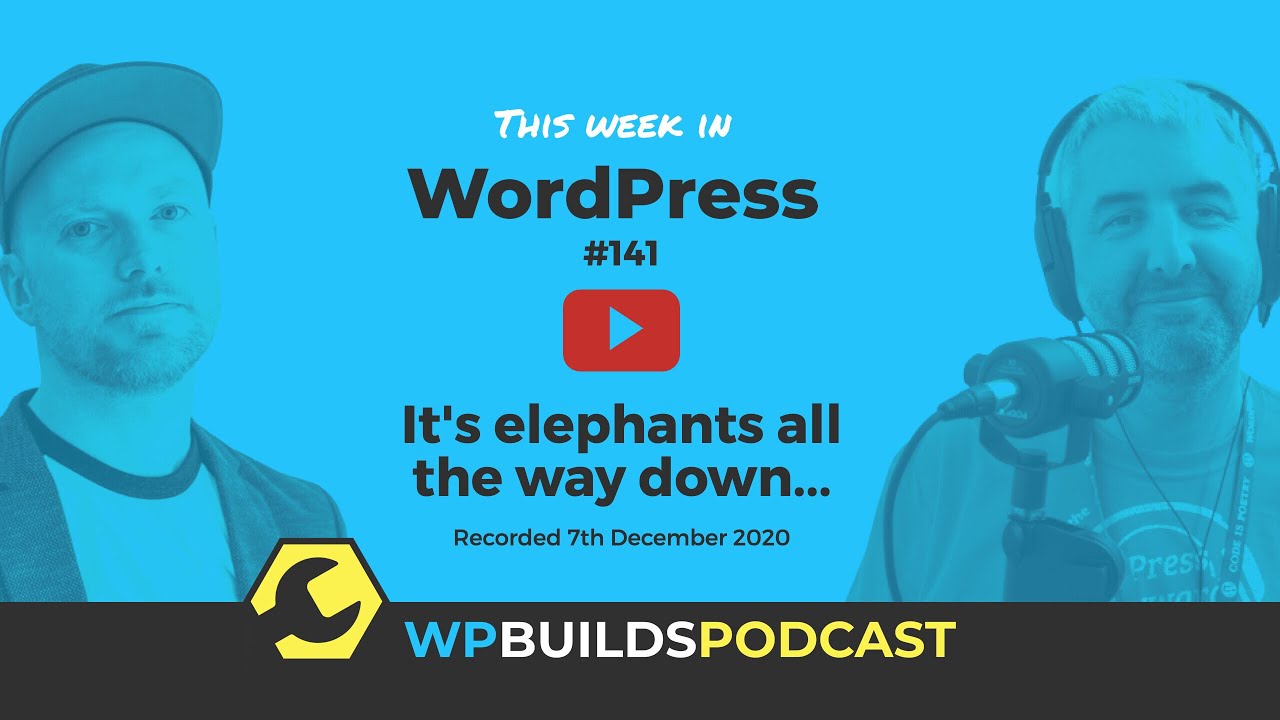 “It’s elephants all the way down”

You can find the Newsletter here which has all the links mentioned in this episode:
https://news.wpbuilds.com/issues/141/

What’s new in Gutenberg?
“Gutenberg 9.5 has been released. The big focuses throughout this release cycle were Full Site Editing and Global styles. This release also includes many fixes and some nice new features and enhancements.”

Gutenberg 9.5 Improves Site Editor and Adds New Options for Cover and Code Blocks
“Gutenberg 9.5 went live today. The development team is continuing forward with work that we will start seeing down the road in WordPress 5.7 and beyond. The big user-facing highlights for this release were the additions of a full-height alignment option for the Cover block, font-size support in the Code block, and improved previews for block patterns.”

Block Navigation Plugin Provides Missing Context-Based Outline for the WordPress Editor
“The goal of the plugin is to provide an alternative to the editor’s current navigation. For the most part, it excels. WordPress has set the bar so low that any improvement seems like a godsend.”

What is Full Site Editing and how is it shaping a new WordPress?
“Full site editing is a new feature in WordPress that allows you to use Gutenberg blocks to create all parts of your website. You can visually design your website header, footer, archive pages, and more visually using Gutenberg editor. This is like a theme builder that you may be familiar with working in different page builders.”

Cloudways vs Runcloud: An Honest Review
“Trying to choose between Cloudways vs RunCloud to host your WordPress site? In this post, I’m going to compare them in detail so that you can make the right decision for your needs, knowledge level, and budget.”

Block-Based Bosco, Second Full-Site Editing Theme Lands in the WordPress Directory
“Fränk Klein, a Principal Engineer at Human Made, is now the second theme developer to release a block-based theme to the WordPress theme directory. Block-Based Bosco is a recreation of his Bosco theme, which he released in 2014.”

Gutenberg Times Live Q & A: Case Study – The Making of Open-Source Story by Yoast with Block
Omar (Yoast partner and CTO) and Willemien (Yoast blog team lead) will take us behind the scenes of the making of the Open-Source Story, a richly illustrated and interactive post about the nature of open-source from a collaborative business point of view. Omar and Willemien will share how they built it with the WordPress block editor, explain their approaches and answer attendees questions.
Dec 10 at 2:30 pm EST ([19:30] UTC).

Homepage – Underrepresented In Tech
“Are you a member of an underrepresented group, working in tech? Submit your profile… We’ll ask you a series of questions that will help us index you in our database. Once your submission has been approved, you’ll be added.”