This Week in WordPress #162

This Week in WordPress #162 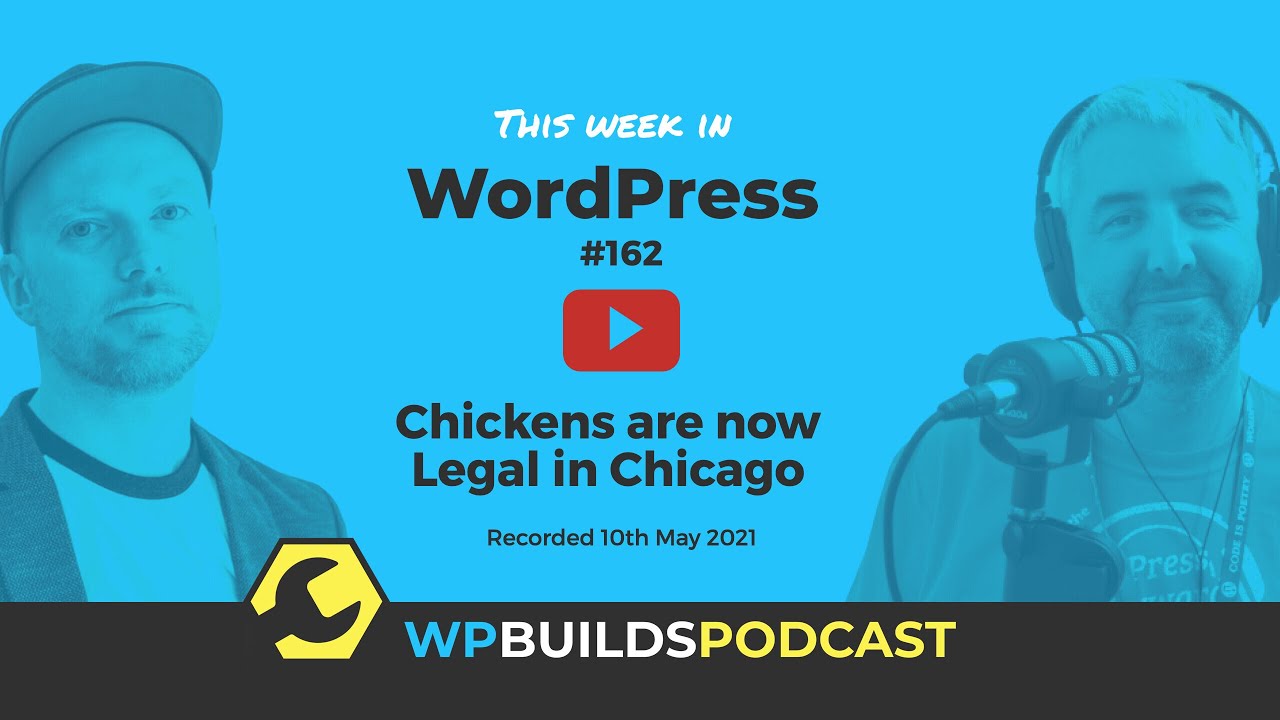 “Chickens are now Legal in Chicago”

The audio was a little odd at times, but it’s fine! BIG shout out to Paul Lacey for stepping in whilst I was doing the Page Builder Summit!

You can find the Newsletter here which has all the links mentioned in this episode:
https://news.wpbuilds.com/issues/162/